The Least Comforting (and the Most Nerve-Getting) Games for Quarantine

Maybe you are spending these days at home by choice, but most of us do that for another reason. The name of this reason is COVID-19, and it made the streets empty in cities of millions. No wonder that people now have little choice when it comes to entertainment. In the era of social distancing games flourish on the bones of tourism and cinema, contributing to the experience.

Of course, if you want to mentally escape the problems around and try to feel as everyday as possible, you have a large selection of games you used to play before the outbreak. But if you are the facing type, one who rereads The Decameron and The Stand and rewatches The Walking Dead and 12 Monkeys, you’d probably like to harmonize what you see and what you play. This delivers the immersion that hardly can be compared to anything, though it might look like torture to those more sensible.

So, here are the scary games not to play during the quarantine, unless you can stand the similarity on your display and in your windows. Most of them have become popular before COVID-19, and playing them now may feel cynical. But who cares what you play at home? (Spoiler: the Chinese government does, and here comes the example). 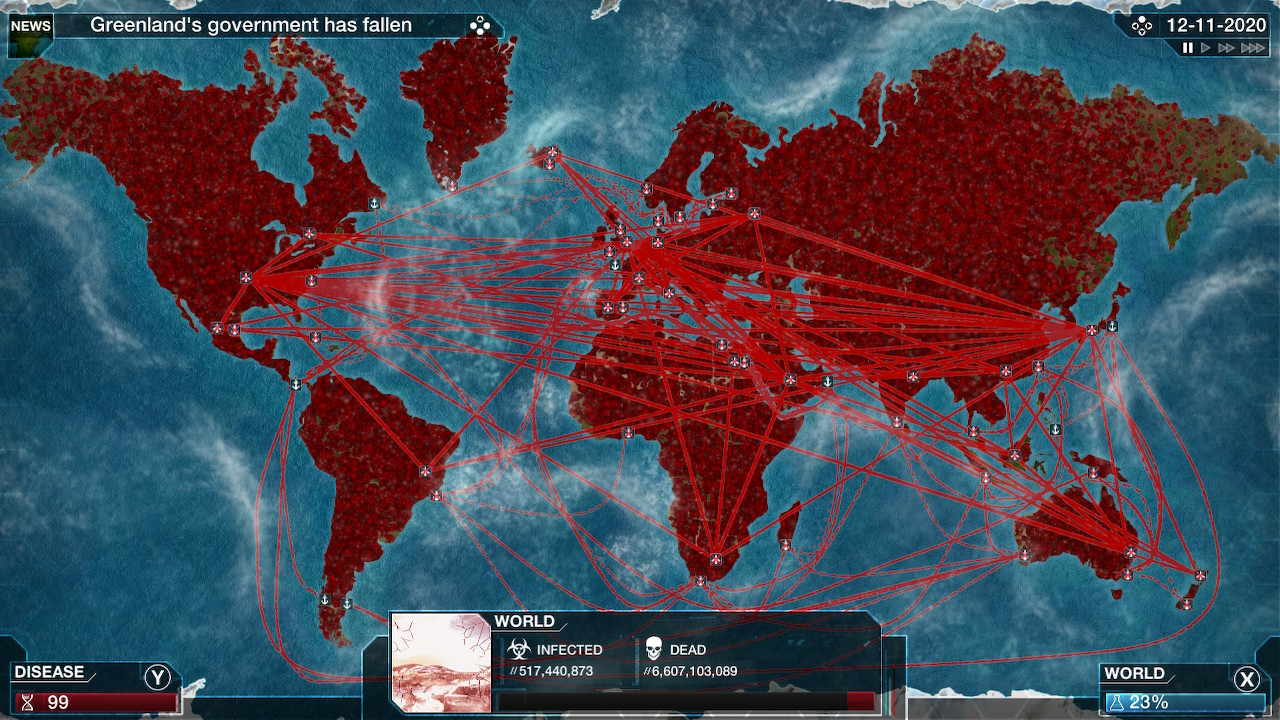 It’s like watching a zombie apocalypse movie with a zombie protagonist. In Plague Inc., your mission is to destroy mankind by shaping a disease with certain parameters. If it has a too long incubation period, most people will get infected, but they will have enough time to develop a cure. If it’s too lethal, the sick will die too soon, and the outbreak will quickly fade. There are many available mutations that adjust the parameters of your virus, bacteria, bioweapon, or whatever.

The game adds irony by displaying the world news that could only appear in this environment. Plague Inc. itself also appears in the news. For example, it became a hit again in China early in 2020, after the news spread. And soon after, Chinese authorities insisted on banning the game.

The Last of Us 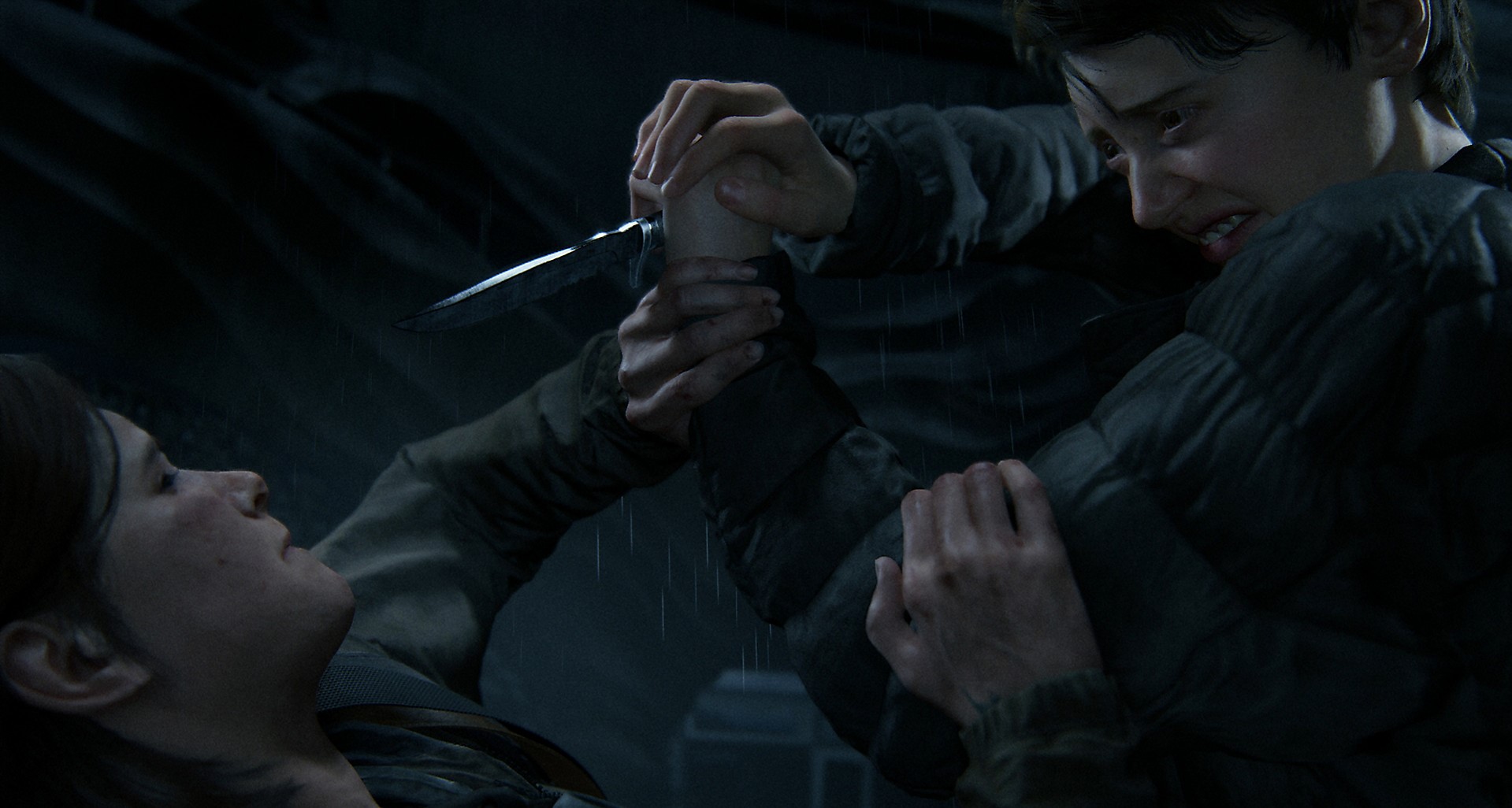 When it comes to quarantine video games that match the lone feeling you catch when going outside, The Last of Us is an example. This game takes you to the streets of the zombified American town, where the infected people are controlled by aggressive fungi, and the healthy ones act less healthy than expected. So both types are the menace.

The visuals may seem quite obsolete these days, as the game was released in 2013. But, while the sequel is still in production, we have the original. Let’s hope the reality doesn’t get as fungified. And if you’re even a little bit anxious, you better avoid this one (sounds like a challenge, we know). 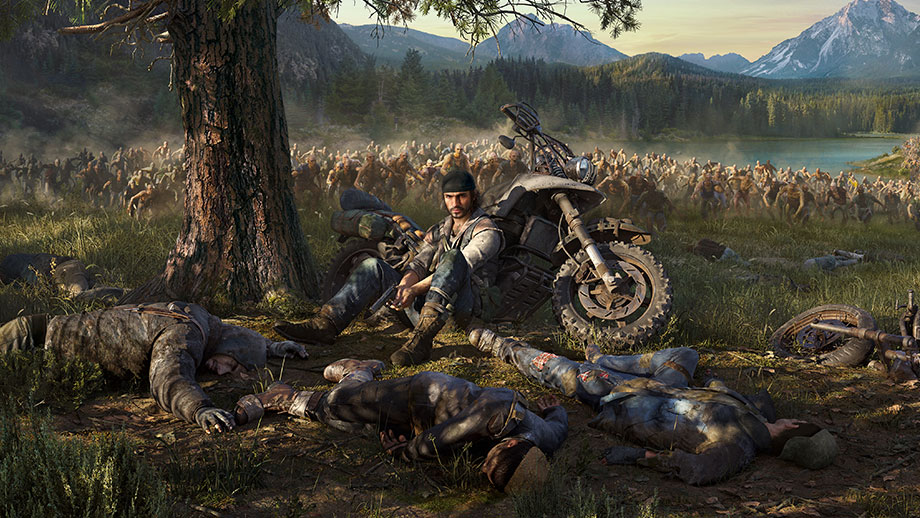 That’s what we might call the world before the coronavirus… hope not for long. Though the premise of the game also involves a virus outbreak, the consequences are way harsher. The pandemic kills most humans, and many survivors slowly turn into “freakers” – not literally the walking dead, but aggressive creatures that keep mutating. In this world, your character solves his personal problems, trying to save his wife first of all, while mankind can wait.

It’s a shame Days Gone is still a PlayStation exclusive. It would have made a perfect quarantine game for those with fresh gaming PCs, with great visuals and nerve-playing immersion. 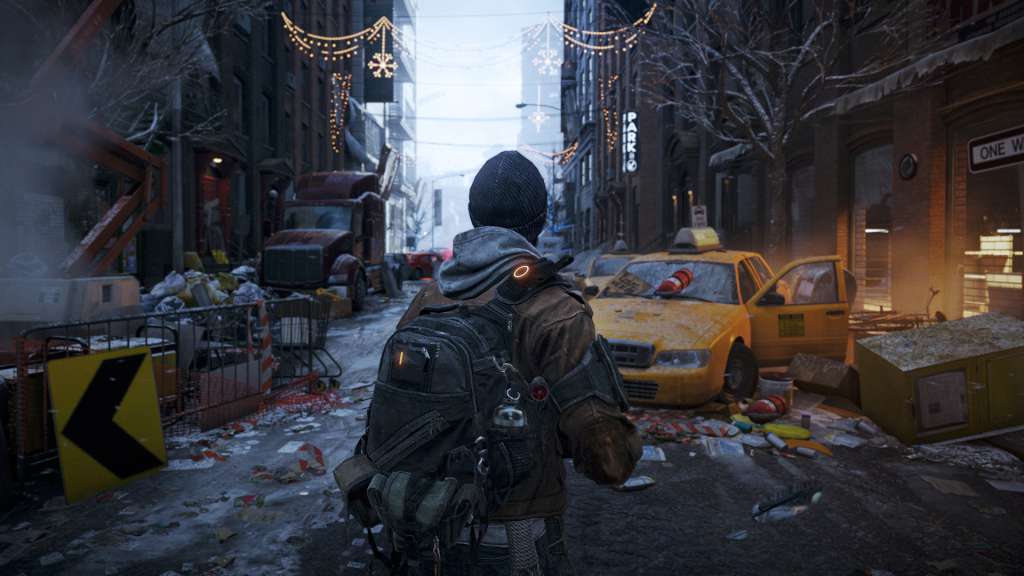 Tom Clancy’s games are always detailed and realistic even if the premise is too fantastic. So it is with The Division. It shows us to the world where the viral pandemic starts in the US and almost empties the country. The Division has been established to keep the country alive in this situation, so you will operate in the abandoned streets of New York City (or Washington, DC) to restore the order as well you can. The mission is quite tough, but you will have partners you can rely on. You’ll also have to become this sort of partner.

Both The Division games are just the sort of fun not recommended for sensitive ones. Especially if you actually dwell in one of the locations the game offers: the rendering is so realistic that it sends you shivers. The first one was released in 2016, and in 2019 the sequel followed. 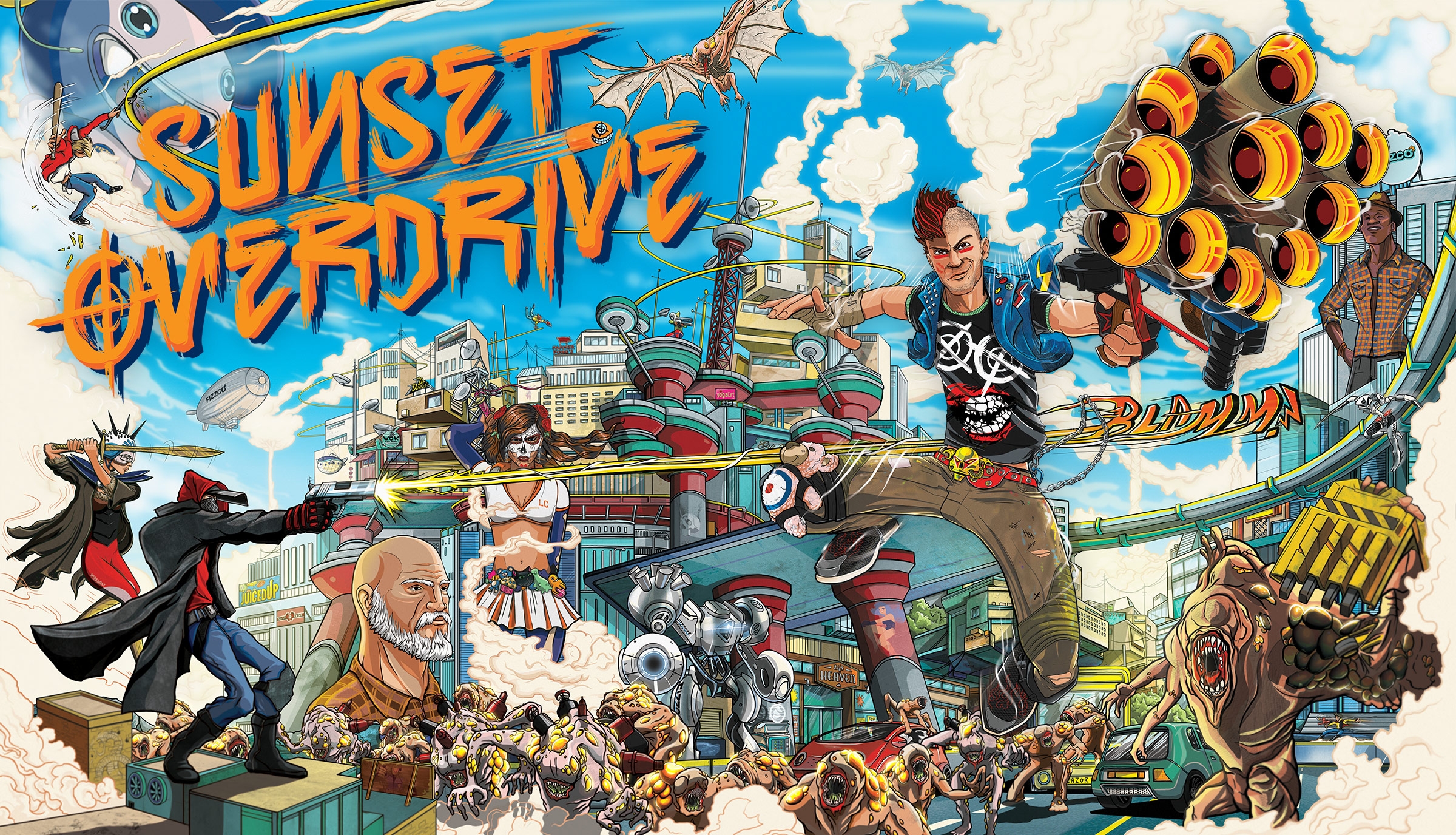 If you’re still up for a laugh about what’s going on, Sunset Overdrive (released for Windows not long ago) is an ironic take on the matter. In 2027, the source of the pandemic is suddenly a new drink by a global corporation. Your character is just a sanitation worker who now has to deal with the pandemic caused by the drink. Do your best to escape the Sunset City!

Due to the rerelease, this tragic and funny game is now available on PC. Its visuals may seem obsolete in 2020, but the gameplay is as immersive as can be, and a little laugh is what saves lives. So, despite the premise, this is a little relief. 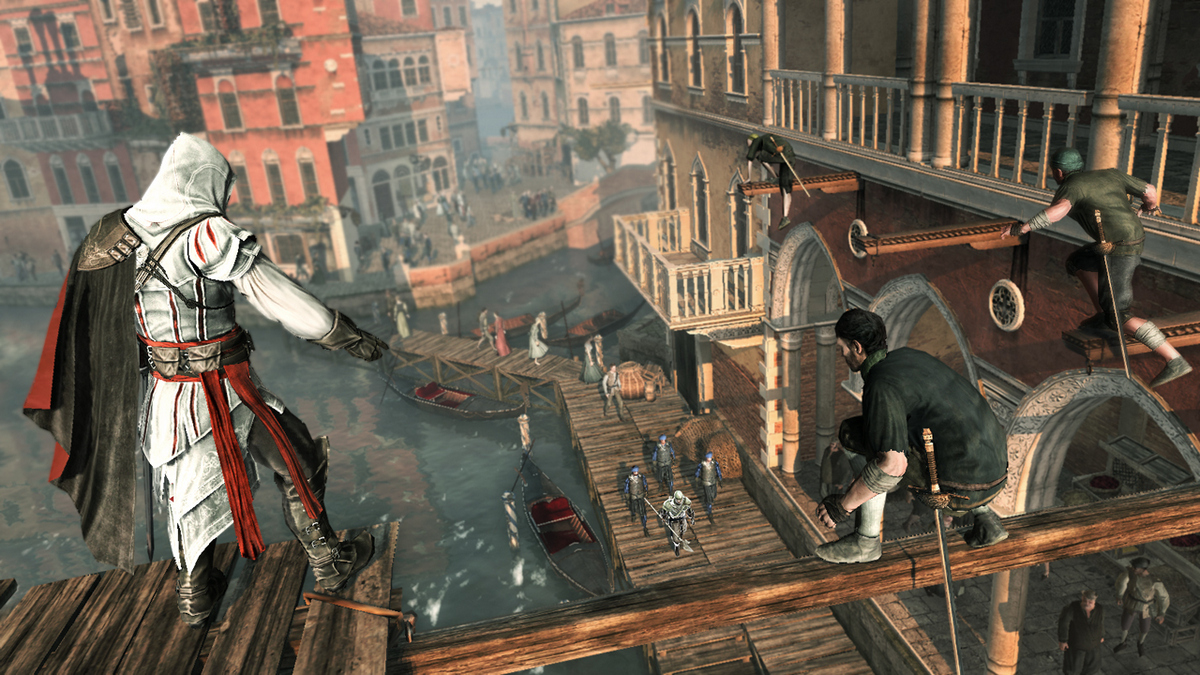 And, finally, this is the game that delivers some visions of a real killing pandemic, one that mankind was totally unprepared for. This time the time machine of Assassin’s Creed introduces you to the Black Death years in Italy, where and when your character appears. The plague shapes the background for your adventures in this Renaissance episode of the saga.

The visions may seem too scary. Especially if you realize that it’s no dark fantasy or some other world: it’s what really happened in history. It took (as estimated) 25 million lives – at the very least. By the way, as for April 15, Assassin’s Creed 2 offered for free on Uplay. So, if you don’t mind the visuals of 2009 and the overall atmosphere, you can enjoy it immediately.

Well, even if we ignore other zombie series, we should have mentioned Dead Cells and Syphon Filter, Unforeseen Incidents and Nightmare Creatures. And some might never forgive us for skipping Resident Evil or Deus Ex series. Anyway, these are for a very special audience that prefers facing reality even when formally escaping it.

And would you get your kicks from games that show the dense version of reality? Or would you prefer a sweet escape? Which pandemic games do you consider the most terrific – or terrible? Drop a name in a comment, or express your thoughts, and we’ll appreciate that.