It's less than a month before the decade forever becomes history. The 2010s will be remembered as a mobile app epoch. The fantastic era when one small but useful application could make you a billionaire overnight. To celebrate this legendary time, we've prepared a nostalgic hit parade of 10 apps the decade will always be famous for. 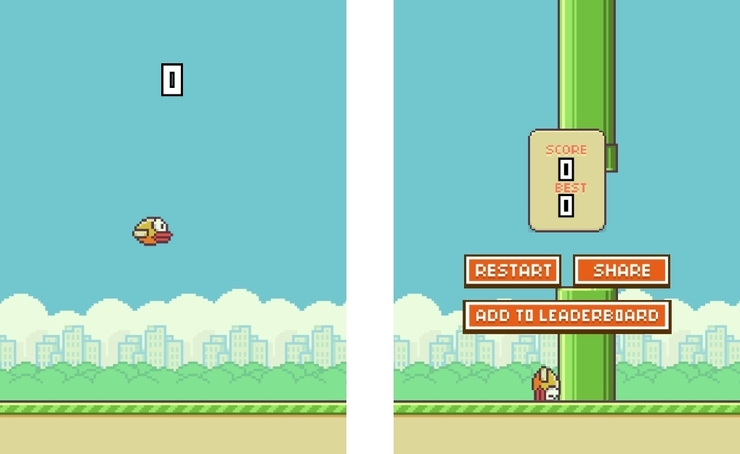 This little pesky bird was a real phenomenon in 2014. In case you've missed all the hysteria, here's the concept. You should tap on the screen to help a little birdie avoid bumping into green tubes, models of which were borrowed from Super Mario Bros. Sounds simple, right? However, in reality, things were too far from being simple.

Players have reported that they had anxiety, anger, obsession and frustration with life after playing Flappy Bird. The problem was that keeping it in the air for at least 10 consecutive minutes was virtually impossible. Reportedly, some people smashed their devices in anger, intending to kill the winged vermin.

Accusations and scandals forced its creator, Dong Nguyen, to pull the game from Google Play and App Store forever. After it was done, you could find smartphones for sale on eBay with the original version of Flappy Bird preinstalled. And some bids were as high as $90,000. But eBay quickly shut this bacchanalia down: the user agreement states that all phones sold via the platform must be reset to the factory settings. None of these profiteers got that sweet buck after all. 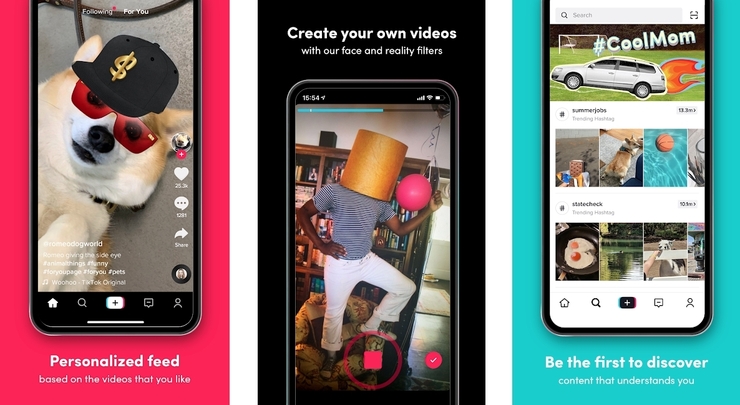 Presumably borrowing its name from Kesha's notorious song, TikTok has a chance to claim the crown of the No.1 entraining app of the decade. Combining Vine's format and a giant catalog of pop music, both classic and new, the app attracted half a billion active everyday users.

So far, TikTok gave us such ear-worms as Overwatch ode No Mercy, that nameless Japanese song with two girls talking, Mia Khalifa diss track and of course Old Town Road. But it's not about jams only. Some TikTok videos are amazingly clever too. You can see a mirror illusion with infinite reflections, smooth slow-mo tricks, history re-enactments and 15-second cooking tutorials.

However, the latest statistics revealed that TikTok's popularity begins to decrease. This year the lip-synching platform saw its first quarterly slow down, record labels want to renegotiate the music deals, and last November, the app got under national security review. Well, it was made in China after all. 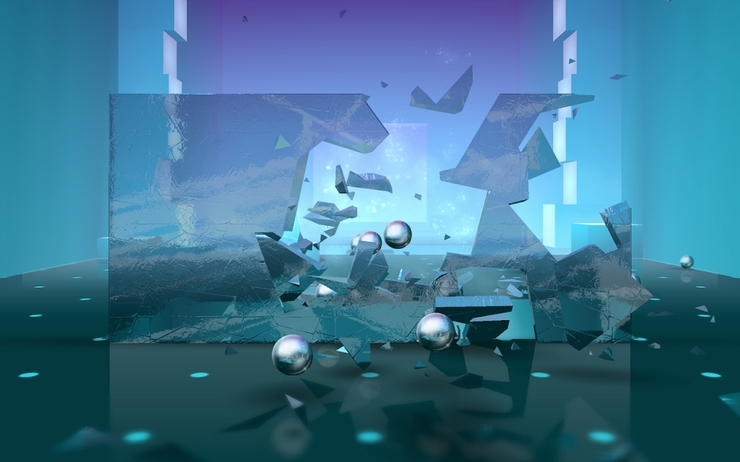 Games can be art. Even if it's mobile games we talk about. And Smash Hit is one of those rare gems. It didn't invent the genre of Zen games but it sure helped to propel it to stardom. What could be more stress-relieving than breaking bizarre glass constructions while traveling through surreal, unearthly dimensions? While at the same time the background music feeds your eardrums with viscous, jelly-like synthesizer chords?

Pyramid, pentagon, rectangle and DNA-shaped glass figures have been killing our stress for 5 years. The psychedelic journey of Smash Hit is so mesmerizing that you can't escape merging with the game, setting your ego free. And there's no pressure, panic or anxiety anymore. Just metal balls and a ton of glass to smash to smithereens. 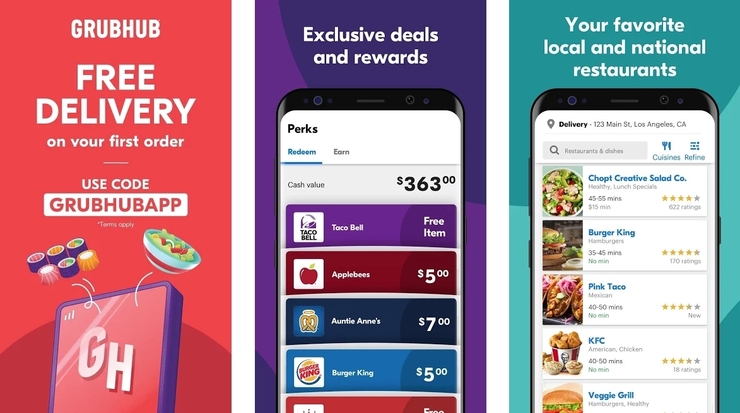 When: circa 2015
What is it about: Keeping us nourished

The likes of UberEats and GrubHub changed the food industry forever. Today you can feast dopiazara curry, pasta alla carbonara or Korean mandu dumplings from your favorite place. Even if it has no delivery service. An army of part-time couriers will gladly bring the tasty cargo right to your house or work office for a reasonable fee. And not just couriers: the next decade will see AI-powered drones and self-driving cars taking care of your nutrition. 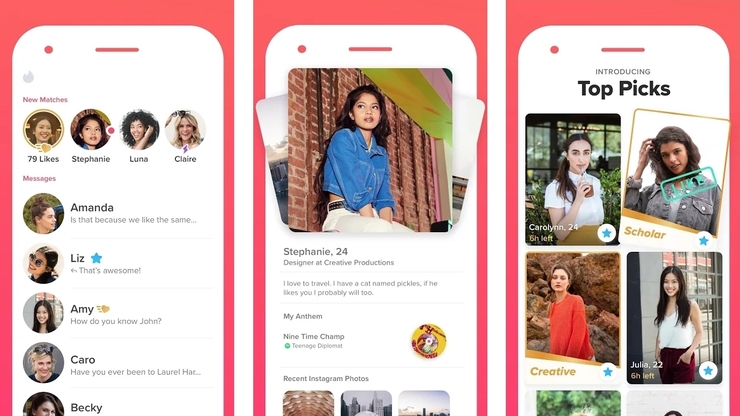 People don't date at work, school and other public places anymore? Well, you know whom to blame: Tinder revolutionized romantic relationships once and for all. If people of previous generations had to search for the special one patiently day and night, today, you can just sort through hundreds of possible sweethearts and discard/accept them with a single swipe.

It sounds astonishingly comfortable, of course. But some researches show that swipe-left dating model can be dangerous for your mental health. While some lucky Tinder people may suffer from having way too many options to choose from, others may be tortured by low self-esteem. Besides, can you really imagine telling your grandchildren that you met your love on Tinder? 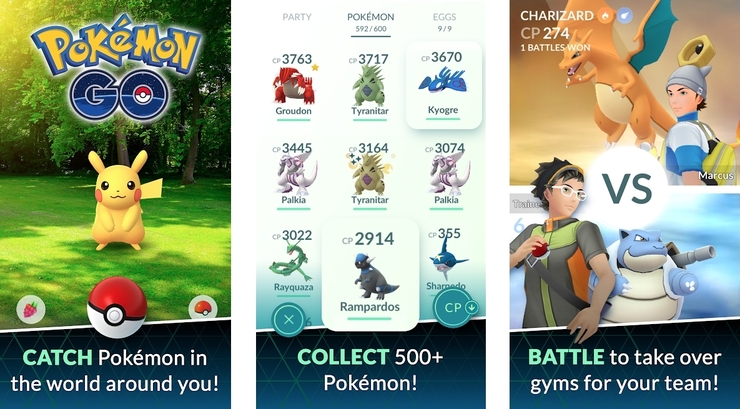 AR mobile games have been around since like 2005. But barely any of them saw as much success as Pokémon Go. Well, no wonder: for the first time since 1996, you could catch a pocket monster in reality! Bulbasaur, Charizard, Clefairy, Meowth, Slowpoke, Pikachu — all your poke-friends are listed in the Pokedex.

What made the game really special, though, was its outdoors activity element. Kids (and adults) had to leave the house to ensnare their favorite Pokémon and put it under training. Some players reported that constant Pokémon-chasing even helped them lose weight.

Although, sometimes the game would take an unpleasant turn. Instead of a PokeStop you'd risk finding a drunken, aggressive hobo or even stumble upon a dead body. Once the game helped two US marines detain a murder suspect. Guess Pikachu was a detective for a reason. 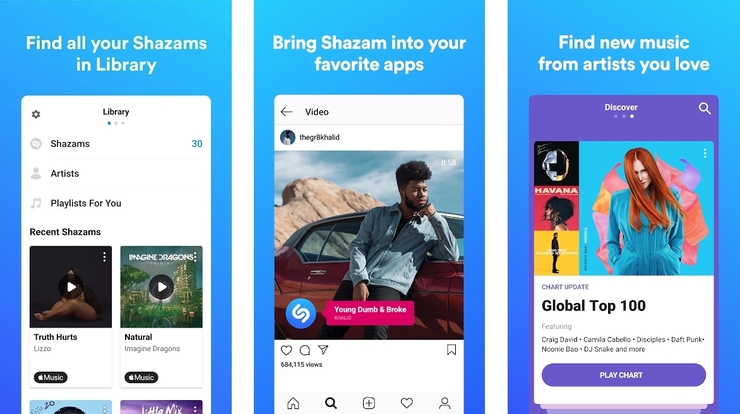 When: 2008
What is it about: Identifying music

Everybody was in that situation: you hear a catchy tune, you really like it, but have zero idea what it's called. And even worse: a) the song has mumbled lyrics b) no lyrics at all c) you're shy to ask someone around what your new favorite jam is called. Shazam fixed that awkward situation forever.

To identify a groovy track, you need to get the phone out of your pocket and voilà! Your music collection has one more sweet jam now. Today you can see people shazaming in every public place: form a county fair to a fashion boutique. And apart from knowing every artist/band, Shazam can also tell you their biographies, show concert schedules, etc. It can even identify a random book now. 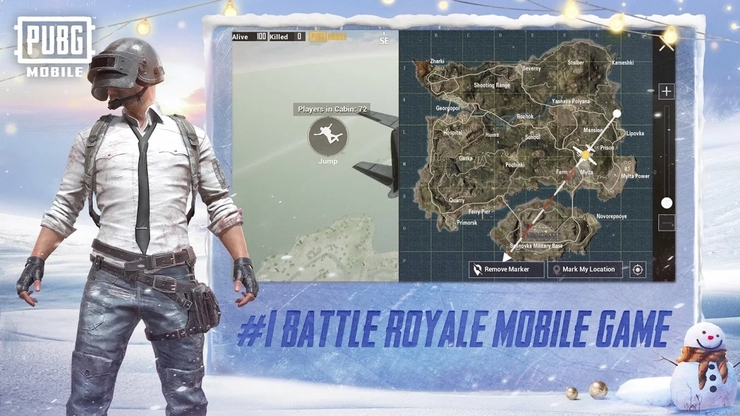 Despite incessant criticism and elitists' dislike, battle royale genre is one of the biggest things in the gaming world. It took just a few months for these two survival shooters to become the biggest online hits of today. And also, these two rivals managed to do what Dota 2 never did: they ported their games to mobile phones, without losing the original functionality.

Besides, we saw how these games slowly infiltrated the real world. Fortnite's dance moves are performed by schoolers throughout the world. And PUBG's iconic helmet may compete with Darth Vader's masks on eBay in terms of popularity.

It's hard to predict what the future holds for BR genre. But it's unlikely it will fade away like Team Fortress 2 did. Fortnite and PUBG are too big to collapse. Besides, they make a perfect platform for the cyber athletes to compete on. 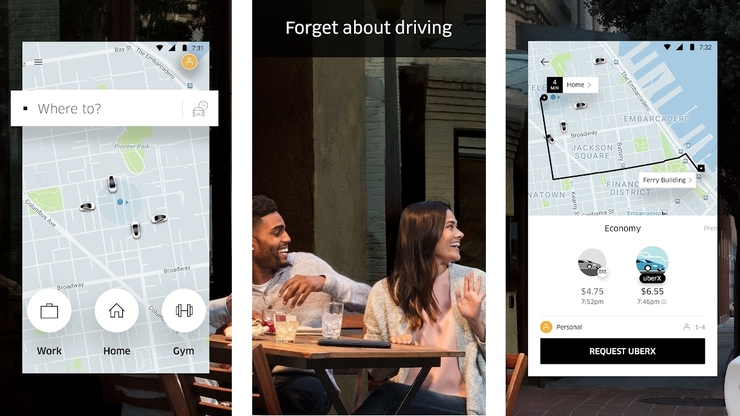 Uber is another pivotal app of the 2010s. And you know why — it always has got your back. You had a stag night and your designated driver can barely stand on their feet? Call Uber. Your car is in repairs? Uber. You're in another city/state/country? Again Uber (or its foreign clone).

The application has lately been so popular that it has made regular taxi cabs a ridiculous anachronism in some countries. So, apart from fears of having an evil corporation monopolizing the taxi market, having Uber isn't that bad due to its convenience.

At least, you don't have to whistle or chase after a cab, like a hungry lion after a gazelle, anymore. On the contrary: your ride will arrive wherever you need it to be on a scheduled time. Well, it'll be on time 85% of the time. But it's still pardonable. 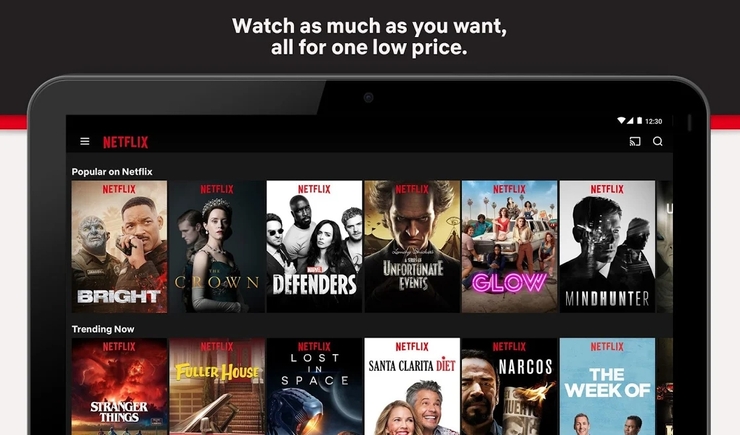 What do you need to be an A-grade couch potato? A bag of chips, a low-alcohol beverage, comfy t-shirt and a couch. Oh and Netflix, of course! This app now dictates how millions of Americans and people across the world spend their nights after a busy day. And this popularity is well-deserved.

Among hundreds of classic and original titles, you will find at least one show that will nest in your heart. We have Black Mirror, Mr. Robot, Russian Doll, Glow, Bodyguard and, of course, Stranger Things on the menu.

Apart from mainstream titles, you will also find edgy, clever and thought-provoking stuff here. How about Peep Show, BoJack Horseman, Big Mouth and Disenchantment? And for the old-school cartoon fans there are all episodes of Pokémon to be re-watched.

Apps that Could Make it...

We didn't include the likes of Twitter or WhatsApp for obvious reasons: these apps are used as often as a toothbrush. Therefore, their importance is unquestionable. Sadly, some wonderful apps didn't make it to the list: Yik Yak, Pinterest, Signal, SoundCloud, Headspace, Forest, and many others.